Size1000mL Proof80 (40% ABV)
A premium tequila that was created to celebrate Dia de los Muertos, or Day of the Dead. Its flavor and aroma are complex, with notes of citrus, clove, roasted coffee, and orange blossom.
Notify me when this product is back in stock. 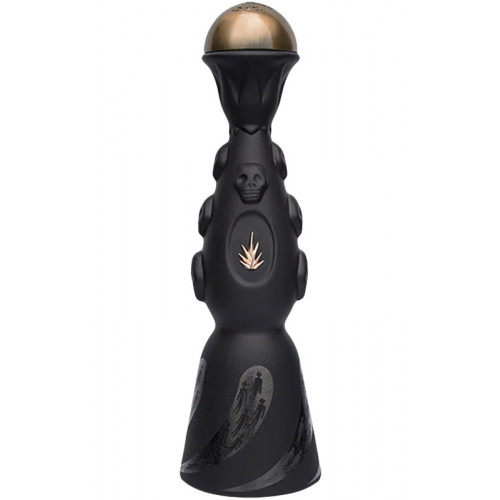 A limited edition of 1800 bottles created only for collectors, this tequila combines the best of two other award-winning tequilas in the Clase Azul family. Each bottle is hand-blown in Mexico and represents the journey that all humans embark on after death.

It contains Clase Azul Joven, which combined the best of Clase Azul Plata and Clase Azul Reposado, and added touches of the King of the family – Clase Azul Ultra.

Its aroma has notes of cooked agave, masonry, oak, light nut, and peppermint. This clear tequila offers an extremely smooth and satisfying finish with notes of agave, vanilla, and caramel.

Clase Azul is produced at the Productos Finos de Agave at Nom 1416, situated in the Jesus Maria region of Arandas in Los Altos Highlands region of Mexico. Clase Azul is a premium 100% authentic tequila crafted in a small town named Santa Maria Canchesdá. Over one hundred Mexican artisans go to work meticulously handcrafting each bottle.

Clase Azul tequilas are made from 100% from organic Tequilana Weber Blue Agaves. Chosen from approximately 200 breeds of agave, this particular species is the only one that produces tequila. Once the agave is harvested, Clase Azul cooks them in old-fashioned brick ovens, a process which takes 72 hours. The cooked piñas are then crushed, after which a special brand of yeast is added. This liquid is allowed to ferment before the resultant spirit is meticulously twice-distilled with careful attention ensuring the highest quality spirit.
Explore all Clase Azul bottles >>

The aroma has notes of cooked agave, masonry, oak, light nut, and peppermint. This clear tequila offers an extremely smooth and satisfying finish with notes of agave, vanilla, and caramel.