Learn more
Size750mL Proof70 (35% ABV) *Please note that the ABV of this bottle may vary
Charbay Tahitian Vanilla Bean Rum is a triple-distilled sugar cane rum, flavored with Tahitian vanilla beans extract. A perfect supping rum, best served over ice or neat.
Notify me when this product is back in stock. 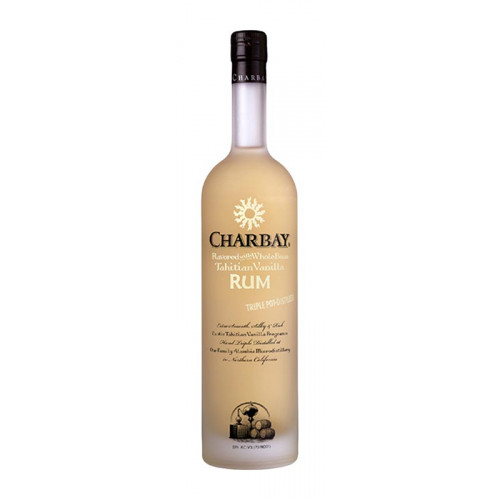 For almost 40 years, Charbay has been producing small releases of handcrafted spirits, wines, ports, aperitifs and liqueurs in Northern California. The company was founded in 1983 under the name of Domaine Karakash by Milorad (Miles) Karakasevic, a 12th generation winemaker and master distiller, who immigrated to the US after receiving his degree in Enology and Viticulture from the University of Belgrade in the early 1960s. Miles learned the first tricks of the trade working for the family business, which can be traced back to 1751, when the House of Karakasevic (Karakash), a maker of wines and brandies, was recognized by the Austrian-Hungarian imperial court of Empress Maria Theresa. While staying true to tried and tested traditional distillation methods grounded in over 250 years of European heritage, the Karakasevic family is also committed to offering the finest products made in the true spirit of American creativity and innovation, and has since its inception pioneered the American craft spirits business.

In 1991 the family business was renamed to Domaine Charbay, and in 1995, a new era of growth started, as the business was joined by Miles’s son Marko, who is a tireless promoter. In 2003, as the business was celebrating its 20th anniversary, Miles and Marko decided to distill the first Charbay Rum and Charbay Tahitian Vanilla Bean Rum, and in 2004 Charbay Rum was released, earning instant recognition. In 2017 Charbay split off into two companies: Charbay Distillery, which was purchased by Marko and his wife Jenni, and Domaine Charbay Winery & Brandy Distillery, which is carried on by Miles and his wife Susan.

Charbay Tahitian Vanilla Bean Rum is flavored rum distilled from sugar cane syrup. The rum base for this expression is triple-distilled in copper alembic Charentais pot still from a proprietary blend of Hawaiian and Caribbean sugar cane syrup. The rum is barely filtered to preserve the body, mouthfeel and fragrance of tropical sugar cane, and flavored with Tahitian Vanilla beans extract, creating a delicious and mellow expression, perfect for sipping.

Vanilla on the nose is accompanied by honey and cinnamon. The palate starts a bit sharp, and has notes of chocolate, dried fruit and tobacco. The finish is bittersweet and clean, with notes of vanilla.