Size750mL Proof80 (40% ABV)
Cazadores features a modern production process and a family recipe dating back to 1922. This rested expression has spent up to a year in new American oak.
Notify me when this product is back in stock. 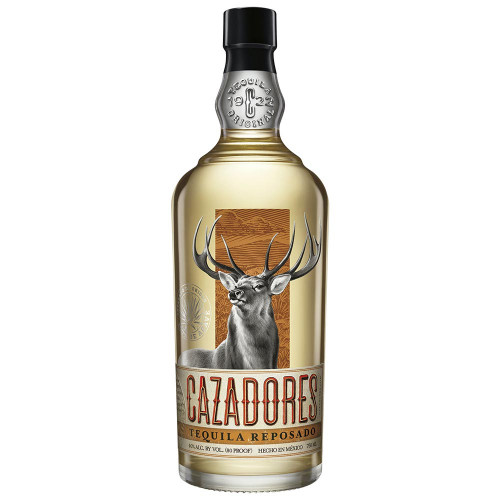 The Cazadores Tequila Reposado is the rested expression that has spent up to a year in new American oak casks. This results in a profile with a perfect balance of fruity and citrusy agave flavors, as well as woody and vanilla notes.

The scent of agave is immediate on the nose, along with pears, vanilla, cinnamon, and delicate oak notes. The palate has a nice sweetness with citrusy, peppery, spice, oak, and vanilla notes. Finishes spicy, sweet, and smooth.