This product is available in: CA, IL, NH Unfortunately, we can't ship to PO Boxes and APO addresses.

Size750mL Proof80 (40% ABV)
At the very top of the Cazadores range is the Extra Añejo expression. This tequila has spent more than 3 years in small new American oak casks, imbuing the spirit with a spicy oak character.

This product is available in: CA, IL, NH Unfortunately, we can't ship to PO Boxes and APO addresses. 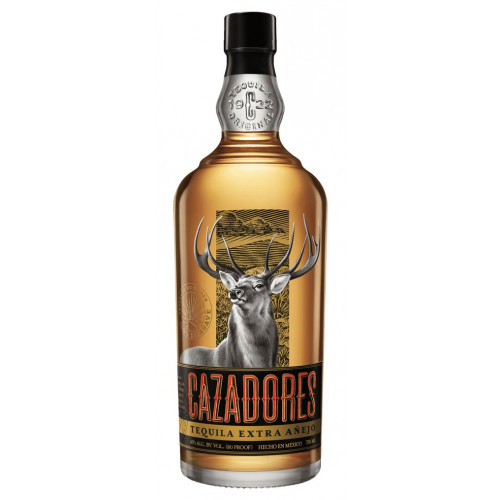 Atop the Cazadores range sits the oldest of the bunch, the aged Cazadores Tequila Extra Añejo expression that has spent more than 3 years in new American oak casks. The wood has imparted the liquid with a deep golden color and enriched the agave-forward profile with cinnamon, vanilla, nutmeg, and roasted apple notes. A sipper that deserves to be drunk neat.