Be the first to review this product
The purest form of Cazadores Tequila, this unaged Blanco expression is modernly produced, yet based on a family recipe from 1922.
$24.99
Add to Wish List

The tequila is produced there is made from 100% blue agave. It's double-fermented, double-distilled, and meticulously matured under the watchful eye of Maestro Tequilero Jesus Susunaga. While the production has modernized, the recipe remains true to the original and the whole operation is built around sustainability with zero waste. The unaged Blanco expression is Cazadores Tequila in its purest form, clean and herbal, with fresh agave shining through.

The nose opens with fresh agave, citrus zest, and aromatic herbal notes. A peppery spice enters on the palate, along with brine, some vanilla sweetness, and citrus flavor. Finishes smooth, grassy, and fruity. 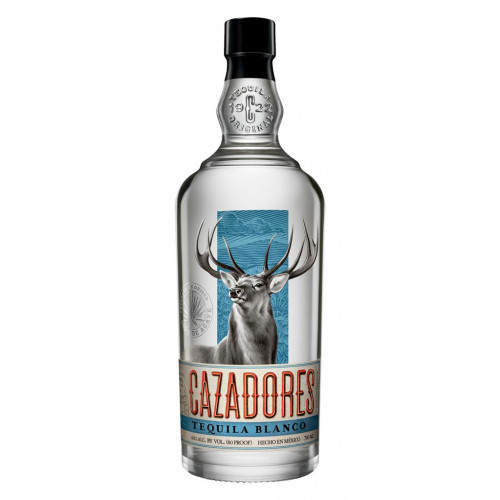