Size375mL Proof80 (40% ABV)
George Clooney and Rande Gerber have turned out to be quite the tequila makers. Crafted using agave from the Jalisco Highlands, this mellow Blanco was awarded 92 points by Wine Enthusiast.
Notify me when this product is back in stock. 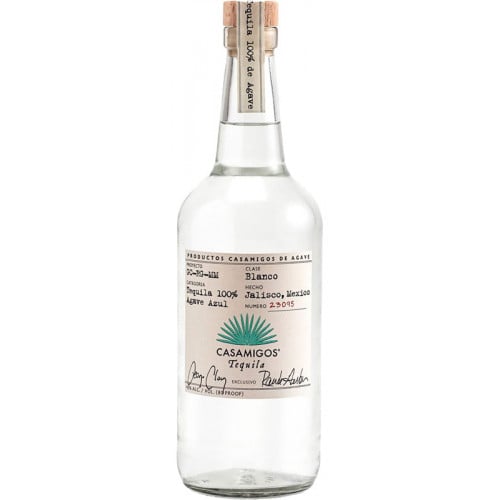 Often classified in the same area as Casa Noble Tequilas, Casamigos is crafted from agave sourced from the Highlands of Jalisco. Though the businesses success is propelled by celebrity, Clooney and Gerber have succeeded in crafting a high-quality product with sophisticated, nuanced flavors. Casamigos Tequila Reposado is made from 100% Agave, produced at Productos Finos de Agave in the Highlands of Jalisco, Mexico. Resting for 2 months Casamigos Blanco is crisp and clean with hints of citrus, vanilla and sweet agave, with a long smooth finish.

Bright agave, subtle smoke, nuttiness, and vanilla. The palate is bright with caramel, brown butter, oak wood, tobacco, and agave. The finish is medium length with a hint of smoke.