This product is available in: CT, FL, MO, NJ, TX Unfortunately, we can't ship to PO Boxes and APO addresses.

Size375mL Proof80 (40% ABV)
George Clooney and Rande Gerber have turned out to be quite the tequila makers. Crafted using agave from the Jalisco Highlands, this Añejo has refined highly nuanced flavors, and as the founders put it “won't burn going down,” or “give you a hangover” in the morning.
Notify me when this product is back in stock.

This product is available in: CT, FL, MO, NJ, TX Unfortunately, we can't ship to PO Boxes and APO addresses. 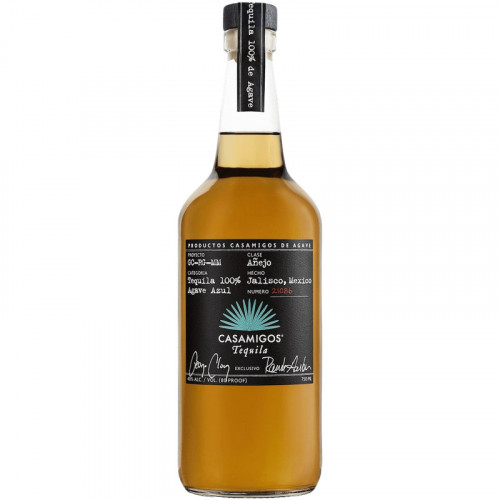 Often classified in the same area as Casa Noble Tequilas, Casamigos is crafted from agave sourced from the Highlands of Jalisco. Though the businesses success is propelled by celebrity, Clooney and Gerber have succeeded in crafting a high-quality product with sophisticated, nuanced flavors. This special Añejo has been aged for 14 months in ex-whiskey barrels. With refined notes of spice and oaky sweetness, this tequila is bottled at 40% ABV

This añejo has less vanilla notes but more defined notes of leather and spice. The palate is refined with flavors of spice and a subtle oaky sweetness, with a hint of agave peeking through. The finish is slightly bitter.