Learn more
Size750mL Proof80 (40% ABV)
Spanish artist Javier Mariscal is the man behind the design of this limited edition decanter, only 1,000 of these unique bottles have been made.
Notify me when this product is back in stock. 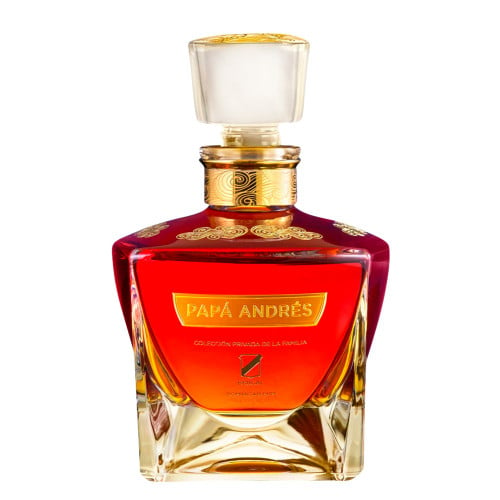 This expression is named after Brugal founder, Don Andres Brugal. This particular blend has been in the Brugal family for five generations. This limited edition 2015 Alegria— which translates to ‘joy’ in English, was created by Jassil Villanueva Quintana, the Brugal family’s first ever Maestra Ronera (female Master Blender). Alegria is a blend of rums from three different types of rare casks. The special bottle was designed by acclaimed Spanish artist Javier Mariscal, only 1,000 of these unique handmade decanters have been made.

The Brugal family recipe is a closely guarded secret, preserved in the hearts of a privileged few, passed down from generation to generation. After going through the distillation process, Brugal Rums are aged for up to eight years in hand-picked American oak casks.
Explore all Brugal bottles >>

Delicate, with fruity nuances on the nose. The palate is viscous and velvety, with light and airy sweet notes. The finish is lingering, smooth, and refined.