Size750mL Proof80 (40% ABV)
This award-winning vodka is crafted from 100% Midwest sweet corn. Distilled 5 times, it is exceptionally pure and light. The snowmelt water that is used to cut it down to 80 proof gives the profile a unique and pleasant minerality.
Notify me when this product is back in stock. 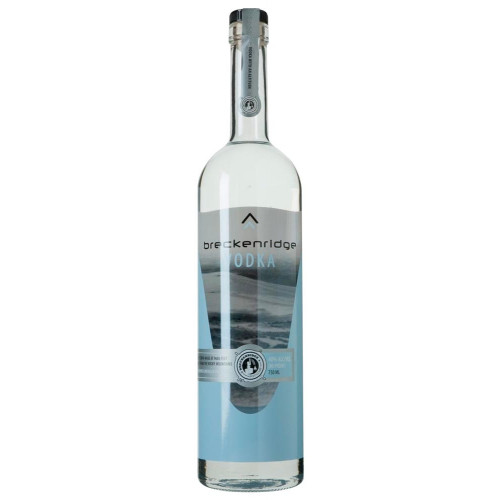 Breckenridge Vodka is a clean and smooth spirit that is distilled 5 times from 100% Midwest sweet corn. It is cut with snowmelt water, lending the profile a unique minerality. Filtered through coconut shell charcoal, the award-winning vodka is bottled at 80 proof. The light spirit has a gentle sweetness and fragrant floral aroma.

The clear vodka has a super-clean profile with delicate floral notes. It's light on the palate with a hint of sweetness and warm texture. There's a minerality present, due to the snowmelt water used. Finishes mellow and smooth.