Caskers Rewards members earn up to 4 store points back when buying this bottle.
Size750mL Proof80 (40% ABV)
This calvados from Boulard's Luxury Collection pays tribute to the founder of the maison, Pierre-Auguste Boulard. Showcasing the Cellar Master's skill, the luxurious expression features a balance of apple, vanilla, honey, caramel, and toasted almond notes.
Notify me when this product is back in stock. 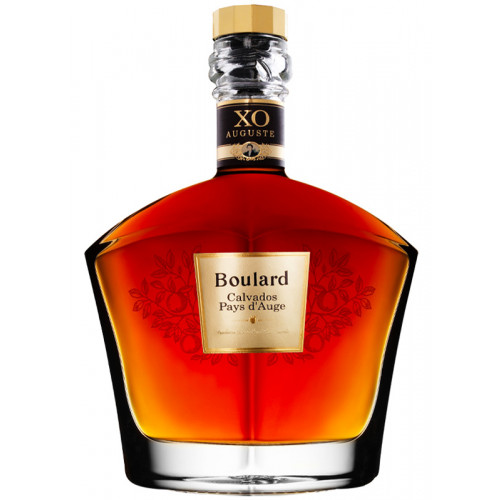 Boulard's Luxury Collection features their finest work and the Auguste XO expression is no exception. Celebrating the founder of the maison, Pierre-Auguste Boulard, it's a showcase of the Cellar Master's skill. You'll find notes of apple, vanilla, honey, caramel, and toasted almonds in this exquisite 80-proof expression.

Get your bottle of this luxurious calvados today!

The nose opens with ripe apple aromas, followed by creamy vanilla, applesauce, apple tart, and honey. The palate is soft and rich with notes of candied & dry fruit, almond, and baking spices. The finish features an exquisite balance of long-lasting notes with hints of oak.