Size750mL Proof30 (15% ABV)
Crafted with Wisconsin cream, rum, and Vermont maple syrup, this decadent liqueur is bottled at 30 proof. The sweet, creamy, and rich drink is versatile as well and pairs beautifully with coffee, ice cream, or pancakes.
Notify me when this product is back in stock. 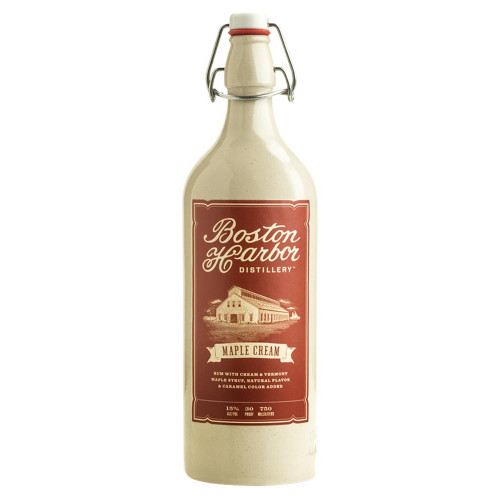 Situated at The Port on Boston Harbor, the distillery operates from a former mill building, which was built in 1859. After hiring Dr. James Swan, a renowned whiskey-making expert, and convincing the award-winning distiller John Couchot to move to Boston and join their ranks, the operation was ready to go.

At one point ― before the distillery set up shop at its current location ― Seymour's Ice Cream Factory stood there. Taking inspiration from the local favorite, Boston Harbor Distillery created a line of confectionary liqueurs: Boston Harbor Maple Cream and Coffee Liqueurs, to be exact. The Maple Cream Liqueur features a proprietary recipe with Wisconsin cream, rum, and Vermont maple syrup. The rich and decadent liqueur is bottled at 30 proof and is versatile enough not to feel out of place in a coffee, over ice cream or pancakes, as well as on the rocks.

Silky-smooth and decadent, this liqueur is creamy and sweet with maple syrup, a touch of spice, latte, and rich chocolate notes.