Size750mL Proof80 (40% ABV)
Made with natural honeysuckle, pomelo, cubebs and chamomile, this gin earned the Silver Medal at the 2011 San Francisco World Spirits Competition.
Notify me when this product is back in stock. 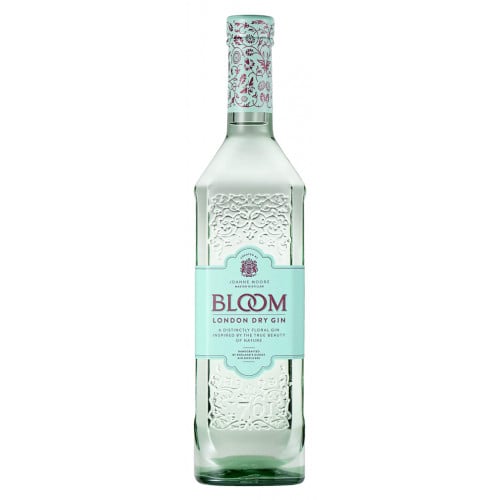 In February of 1760, Thomas Dakin bought a parcel of real estate on Bridge Street in Warrington, just a few miles east of Liverpool, England. At the time, the distillation of gin was illegal under British law — the grain harvests the previous year were so poor that the government prohibited gin distillation in order preserve the supply of bread. When the ban was lifted in 1761, Dakin had already been working for a year to develop his recipe for a smooth gin, targeted toward the discerning, wealthy travelers passing through Warrington. The gin was sold in bulk jars under Dakin's name until 1860, when, following his death, the distillery was leased to Edward Greenall, who renamed it after himself.

Two hundred and fifty years later, Joanne Moore is only the seventh master distiller in the history of Greenall's Gin. She's also the only female master gin distiller in the world. Inspired by the classic aromas of England's world renowned country gardens and wildflower fields, Moore personally developed the secret recipe for Bloom Gin. A London Dry Gin, Bloom is triple-distilled from English wheat and infused with three traditional botanicals: Tuscan juniper, Moroccan coriander, and angelica.

It is also enriched by four unique, natural botanicals: honeysuckle, pomelo, cubebs and chamomile. The honeysuckle, which is sourced from China, provides sweet, honey notes to Bloom Gin, and its edible nectar gives the gin an unparalleled smoothness. The citrusy notes come from the essential oils of the pomelo, which help round off the flavor profile of a traditional London Dry Gin. The Indonesian cubebs give the gin slight notes of pepper. Finally, Moore's recipe calls for Roman chamomile sourced from France, which gives Bloom Gin a calming influence and imparts soft, feather-like floral notes.

Unlike many other gins, the floral notes of Bloom are soft and hidden — the honeysuckle and chamomile complement, rather than overpower, the other botanicals. Sublime and smooth, Bloom won the Silver Medal at the 2011 San Francisco World Spirits Competition.

Soft and gentle nose with hints of honey. Notes of sweet citrus from the pomelo balance nicely against the slight notes of pepper from the cubebs. Smooth finish.