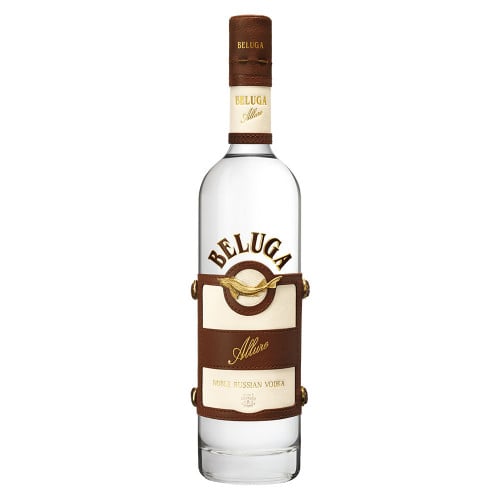 Distilled in the heart of Siberia, and crafted from the purest artesian waters from 300-meter-deep Siberian wells, the Mariinsk Distillery in Siberia is where the diverse range of Beluga Vodka is produced. This distillery sits in one of the most serene areas of Russia and relies on innovative equipment. The first batch of Beluga Russian Vodka was produced in 2002, a meticulous batch produced by the Mariinsk Distillery Masters.

The standard Beluga vodka is crafted using traditional Russian methods, the primary distillate of Beluga is washed thoroughly through quartz sand, triple-filtered through graphite columns and then percolated slowly through quartz sand once more. These methods used help neutralize the harsh smell of the spirit, enhance the richness in taste and softness of flavor of the end product. Water accounts for 60% of the unique formula for Beluga, making it a key component in production. Drawn from a 300 meter deep artesian well in the bedrock of Siberia.

The brand's seasoned Russian Beluga Polo Team has plenty of international victories behind them and Beluga Allure celebrates their sporting achievements. The 80-proof wheat vodka rests for 2 months and has subtle maple syrup and fig extract additions, still retaining its beautifully neutral profile with hints of pepper, nuts, and vanilla.

Grab a bottle of this premium vodka today!

Beluga Vodka is a super premium Vodka label, produced by JSC Synergy. Beluga is produced at one of Russia’s leading alcohol production facilities, the Mariinsk distillery. Using grains grown in the plains of Siberia, the brand produces very unique vodkas, each paying homage to the inspirations behind the brand – charity, transatlantic racing, polo, art, and gastronomy.
Explore all Beluga bottles >>

The nose has subtle earthy and mineral notes with a touch of white pepper. It's velvety on the clean palate with a touch of nuttiness. The finish has a gentle sweetness and just a hint of spice.