Size750mL Proof80 (40% ABV)
Distilled from raw honey, this vodka earned the Double Gold Medal and the title "Best in Class"at the New York State Fair Competition in 2011.
Notify me when this product is back in stock. 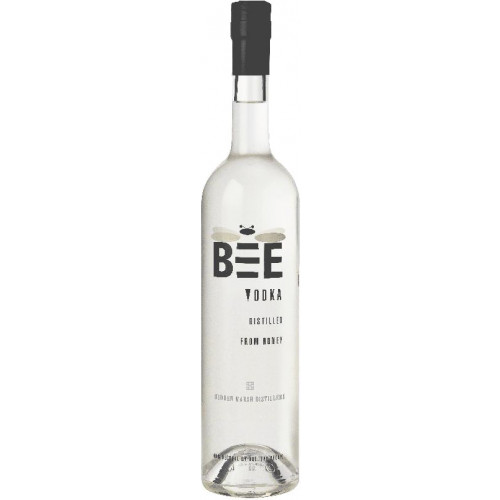 Hidden Marsh Distillery is dominated by a 105-gallon, custom-made Christian Carl still that was imported from Germany. The still stands over 24 feet tall and 15 feet wide and is equipped with a copper-pot and 21-plate column still, giving Martin unprecedented control over the vodka he produces. After fermenting the honey that he grows at his own pollination plants, Martin distills the vodka three times in order to ensure that any impurities have been discarded. Then, he removes the heads and tails of the distillate and bottles only the hearts. His meticulous attention to detail and hard work are reflected in Bee Vodka — it has a velvety smooth texture, with hints of citrus, caramel and honey that lead to a sweet, dry finish.

Bee Vodka earned the Double Gold Medal and the title "Best in Class"at the New York State Fair Competition in 2011 and received a Silver Medal at the Beverage Testing Institute Competition in 2009.

Pick up a bottle of this unique vodka today. Bzzzz!

A veteran beekeeper of over three decades, George Martin, together with his wife Virginia and two sons, operate a honey pollination and production business that spans across three states. In 1998, faced with the falling price of honey and the growing cost of raising his family, Martin began experimenting with the production of mead, a type of wine that is derived from fermenting honey. That same year, Martin applied for a farm winery license and together with his family, began commercially producing mead at Martin's Honey Farm and Meadery.

Eventually, Martin's farm, which is surrounded by the grapevines of nearly 40 different wineries in New York's Finger Lakes region, began producing wine and was re-named Montezuma Winery (the Montezuma National Wildlife Refuge is situated adjacent to the farm). In 2008, George's son Bill Martin began distilling the excess honey harvested at the family farm into vodka, and opened the doors to Hidden Marsh Distillery.
Explore all Bee Vodka bottles >>