Size750mL Proof11.8 (5.9% ABV)
Enjoy summer all year long with these ready-to-drink cocktails, made with real rum and natural lime flavors. Refreshing and crisp, this is wonderful independent sipper or a base for fruit-packed cocktails. Best enjoyed chilled. 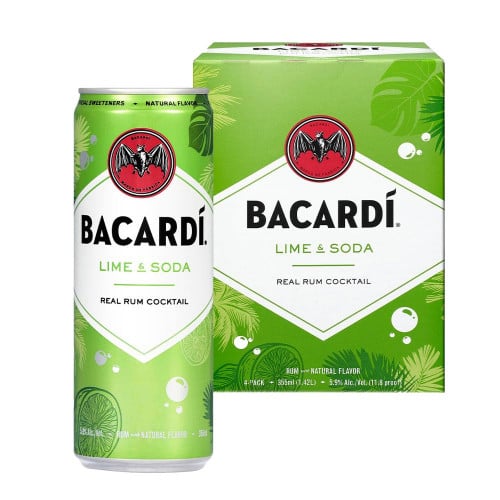 Made with real rum and natural lime flavors, Bacardi Lime & Soda is a ready-to-drink cocktail. A refreshing concoction, it brings crisp lime flavors and lime zest aromas along with bright citrus notes, all paired with bubbly soda water. Best enjoyed chilled, it can serve as an independent summer sipper or as a base for fruit-packed cocktails, such as raspberry mojito, coconut and pineapple cocktails or a lime and soda. Bottled at 5.9% ABV, it has only 100 calories per serving.