Size750mL Proof80 (40% ABV)
The results of the only tequila project of its kind, these tequilas are a reflection of Mexico's unique history and geography.
Notify me when this product is back in stock. 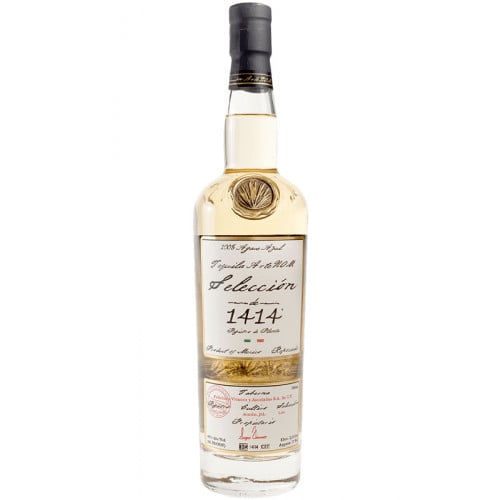 ArteNOM Seleccion de 1414 Tequila Reposado is produced in Arandas, Jalisco (elevation: 5,400 feet) by master distiller José Manuel Vivanco at the Destileria El Ranchito. Vivanco is a fourth generation distiller — his great, great grandfather began cultivating agave in the highlands of Jalisco just after the Mexican Revolution. Vivanco ferments his estate-grown agave using a natural indigenous-yeast that is found in and around his distillery. After twice-distilling the agave, Vivanco ages the tequila for four months in white American oak casks that were previously used to age bourbon. Seleccion de 1414 Tequila Reposado has notes of mature agave and banana bread, followed by a long, smooth finish with notes of honey, citrus and vanilla.

Selección ArteNOM Tequila is the only project of its kind. Pick up yours today

Bold and herbaceous nose with creamy flavors of fruit that lead to bursts of agave, lime, lemon and pineapple.