Size750mL Proof70 (35% ABV)
Based on the classic Aromatic Bitters by Angostura, this liqueur has a herbal, sweet, and spicy profile that works wonderfully in cocktails or on its own with some ice.
Notify me when this product is back in stock. 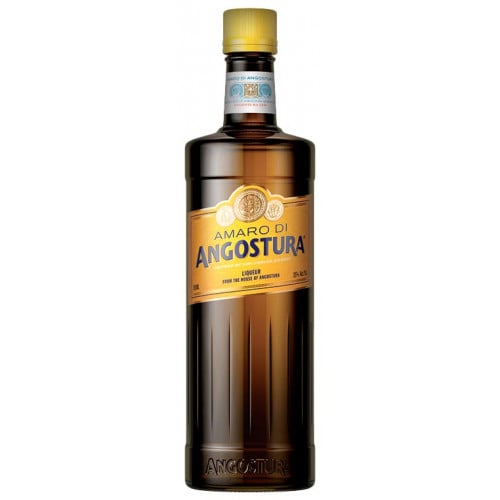 Building on his early success, Dr. Siegert established the House of Angostura in the eponymous Venezuelan city, where he began to manufacture his bitters on a grander scale (the business would later become the sole purveyor of bitters to the King of Prussia, Spain, and King George V). As he continued to expand, Dr. Siegart, along with his younger brother and his son, moved the House of Angostura to Port of Spain, Trinidad in 1876 and began producing rum. Today they are one of the leading rum producers in the Caribbean, offering a wide range of the famous spirit.

Butterflies have long been associated with Angostura’s products. The House of Angostura is actually home to the Barcant Collection of more than 5,000 butterflies. Their butterfly logo is also said to represent the phenomenon when swarms of butterflies gather around ripened sugar cane plants when the cane is ready to be harvested. The House of Angostura is open about the value that they place on nature, and the tropical environment in the Caribbean community in which their award-winning brand is headquartered.

Amaro Di Angostura is made using the same process as their famous Angostura Aromatic Bitters. Created by the expert blenders at Angostura, it contains their own Aromatic Bitters, a neutral spirit, as well as several spices. After the ingredients are mixed, they are left for 3 months in order to let the aromas and flavors marry. The amber-colored liqueur is herbal with aromas of cinnamon and dark chocolate, as well as the distinct character of Aromatic Bitters.

This liqueur has a herbal, sweet, and spicy profile. There's fruit on the nose along with cinnamon and cloves. The palate has sweetness, caramel, cinnamon, licorice, and a hint of dark chocolate. Finishes with notes of chocolate and herbs, as well as a pleasant, lingering bitterness.