Size750mL Proof24 (12% ABV)
This rosé Champagne is a part of the 2012 vintage of Veuve Clicquot, the house that invented vintage Champagne in 1810. Crafted with grapes from grands and premiers crus, it is elaborated with 13% red still wine, while 11% of the wines are aged in foudres (large wooden vats). 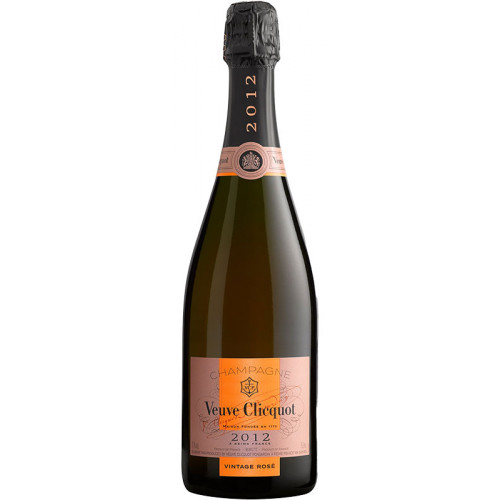 1810 marked the release of the first vintage Champagne in the world by Madame Clicquot. 2012 is the 66th vintage of the house. Rosé 2012 is crafted with grapes from grands and premiers crus and consists of Pinot Noir (51%), Chardonnay (34%), and Meunier (15%). Red still wine from the Pinot Noir of Bouzy accounts for 13% of the blend and 11% of the wines are aged in foudres (large wooden vats), adding aromatic intensity and strength to the profile.

The Champagne is a deep rose color with copper reflections. You'll find aromas of red fruit, wild strawberry, cherry, tannins, and saffron, along with pastry and almond notes. The palate is silky yet powerful and deep with a pleasantly acidic finish.