Size750mL Proof80 (40% ABV)
Crafted with mature 100% blue agave, this triple-distilled tequila spends 12 months in toasted American oak barrels, resulting in a rich, complex, and smoky spirit that is bottled at 80 proof.
Notify me when this product is back in stock. 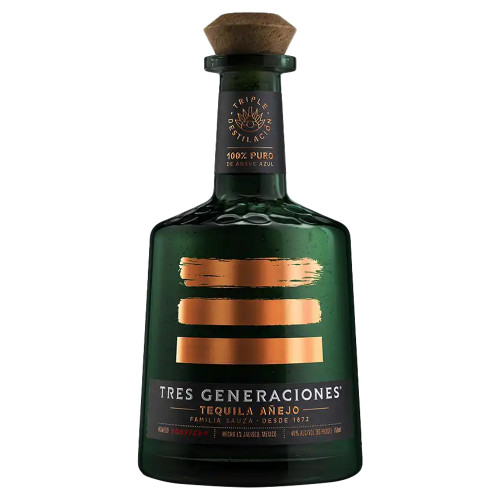 Tres Generaciones now has an unaged Plata, rested Reposado, and an aged Añejo expression in their lineup. The Añejo spends 12 months in toasted American oak barrels before being bottled at 80 proof. The aging results in a rich and smoky spirit with notes of toasted oak, agave, and vanilla.

Get your bottle of this aged tequila today!