Size750mL Proof92 (46% ABV)
This award-winning whisky earned a Gold medal at the 2017 Whisky Masters and The Chairman’s Trophy 95/100 at the Ultimate Spirits Challenge 2015.
Notify me when this product is back in stock. 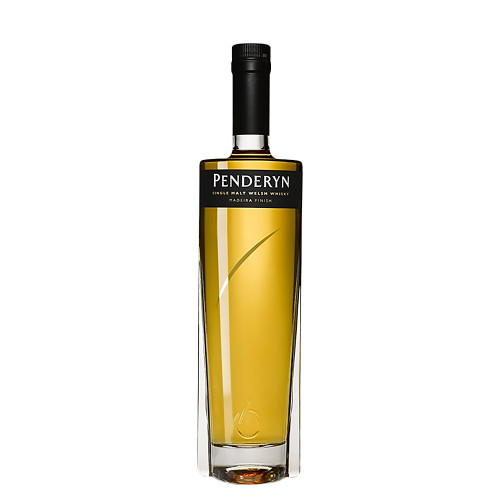 Penderyn is the first Welsh distillery in over a century. Launched March 1, 2004, the distillery is nestled in a small village in a mountain range in South Wales named Brecon Beacons. Home to Forest Fawr Geopark —a UNESCO site. Penderyn has garnered much critical acclaim since its inception; their unique small batch methods yield only one barrel of this Welsh whisky per day. Initially matured in hand-selected bourbon barrels, the whisky is finished in Madeira barriques.

This Madeira finish flagship is the cornerstone of the Penderyn lineup. Welsh Gold is extremely rare, pure and precious and was worn by legendary Welsh princes. The Penderyn Gold Collection is an embodiment of these qualities. Produced using a bespoke pot still made by Dr. David Faraday. This maturation technique creates a deeply complex spirit, with a well-rounded, highly nuanced flavor profile that earned Gold Medals at the 2012 and 2013 International Whisky Competitions, a gold medal at the 2017 Whisky Masters, and The Chairman’s Trophy 95/100 at the Ultimate Spirits Challenge 2015.

Rich notes of fruit, citrus and creamy toffee on the nose. The palate is sweet and thick with flavors of dried fruit, nuttiness and tropical fruit. The finish is medium length with smooth pleasant notes.