Size3760mL Proof10 (5% ABV)
Modern Times’ Bubble Party is a line of hard seltzers that come in four outrageously delightful flavors – tangerine, cucumber-lime, grapefruit, and cloudberry. This convenient variety 8-pack contains two 16 oz. cans of each.
Notify me when this product is back in stock. 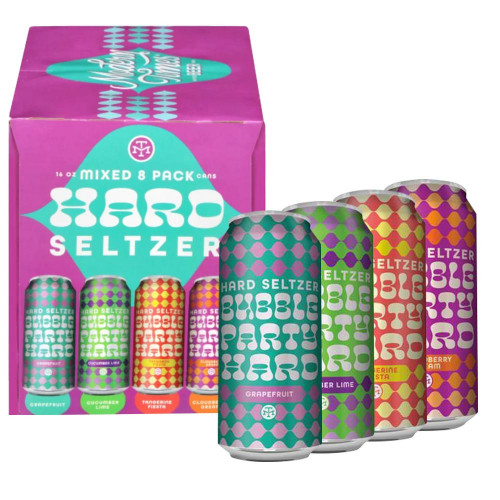 Pick up your variety 8-pack now!