Size1420mL Proof18 (9% ABV)
Clocking in at 9% ABV ― just like the number of patriots that formed the Loyal Nine ― this vodka-based cocktail is refreshingly sweet. The non-carbonated ready-to-drink cocktail features aromas and flavors of berries. 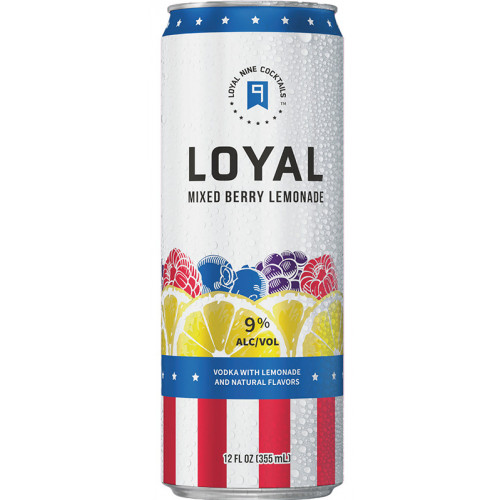 Loyal Nine Mixed Berry Lemonade is bright and bursting with berry flavors. Crafted with real corn-based vodka and real lemons that make for a refreshingly crisp drink, the non-carbonated cocktail is 9% ABV. It's available here in a 4-pack of sleek 12 fl. oz. cans.

Get your 4-pack of this berry-flavored canned cocktail today!

Bright and refreshing, this canned cocktail features prominent aromas of berries and an equally fruity palate with an abundance of dark fruit notes.