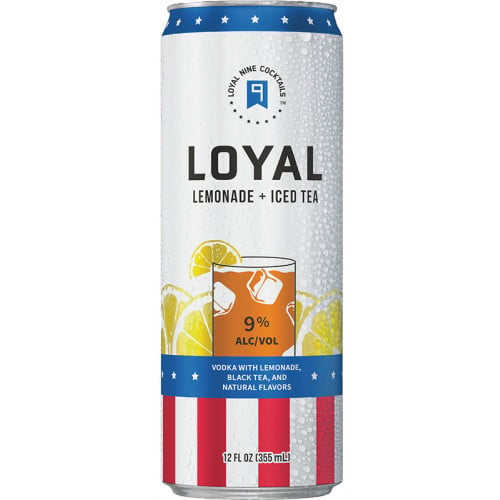 This 4-pack contains four sleek 12 fl. oz. cans of Loyal Nine Lemonade + Iced Tea. "Of all the ideas we’ve had, this is one of our best. Two of our favorite things coming together for a refreshingly balanced flavor." Crafted with real corn-based vodka, real lemons, and iced tea that make for a sophisticated and refreshingly crisp drink, the non-carbonated cocktail clocks in at 9% ABV.

Grab your 4-pack of this ready-to-drink cocktail today!

This deliciously refreshing canned cocktail features a balance of iced tea notes along with tart citrus notes that elevate the moreish crisp finish.