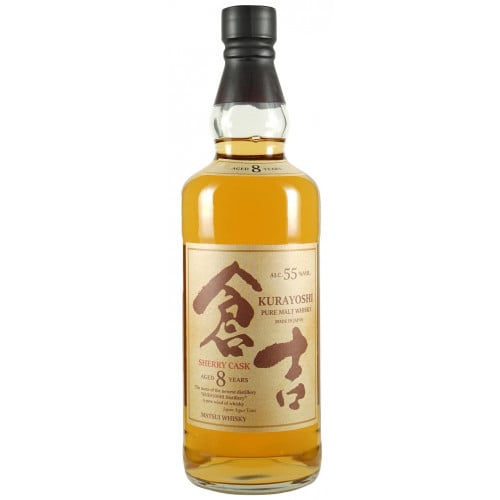 Matsui Shuzo is both a sake brewery and shochu distillery. Kurayoshi is a 100% malted barley whisky, sourced from distilleries around Scotland, before making their way to Japan, where it is blended with Japanese whisky, aged and cut to proof with the soft ground waters of Tottori Prefecture.

This 8-year-old whisky is aged with the underground waters of Daisen Mountains in carefully selected sherry casks, yielding rich aromas with deep flavors. This sherry malt is characterized by bright fruits such as pear and raisins. Its time in sherry casks lends a warmth to the whisky, offset by a beautifully refreshing fragrance.