Size750mL Proof80 (40% ABV)
This single grain whiskey is produced in Okinawa, Japan. Crafted with Indica rice and black kōji, the expression spends 8 years in ex-bourbon and ex-sherry casks.
Notify me when this product is back in stock. 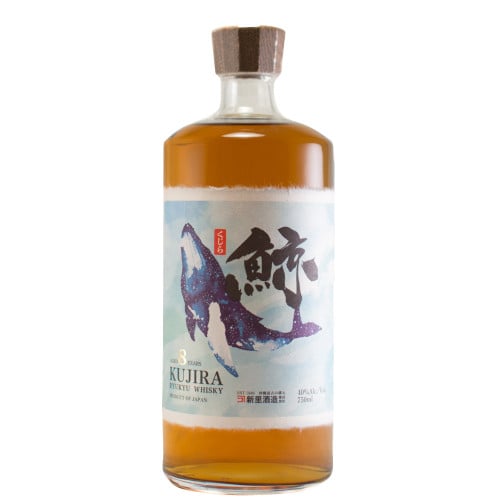 The Okinawa Prefecture is a tropical archipelago that was known as the Kingdom of Ryukyu from the 15th to the 19th century. It's there that the historical Shinzato Shuzo distillery lies. Founded in 1846, it's said to be the oldest distillery in Okinawa. Traditionally, Shinzato Shuzo are masters of vintage awamori (distilled rice spirit) and plum liqueurs. Today, the distilling is spearheaded by 7th generation distiller Naoya Shinzato, a young and passionate Master Blender who is taking traditional craftsmanship to a new level.

This Kujira Ryukyu Whisky is a single grain spirit that is malted, fermented, and distilled right there at the Shinzato distillery. It's crafted with Indica rice and Okinawa's black kōji ― a type of mold that is used to ferment shōchū and awamori. The whisky then spends 8 years in a combination of ex-bourbon and ex-sherry casks, resulting in a delicious spirit with oak, vanilla, dried fruit, licorice, and spice notes.

Get your bottle of this single grain Japanese whisky today!