Size750mL Proof90 (45% ABV)
This incredibly patriotic release has earned several accolades, including a Gold medal at the New York International Spirits Competition and Best in Show at the 2017 California Craft Spirits Competition.
Notify me when this product is back in stock. 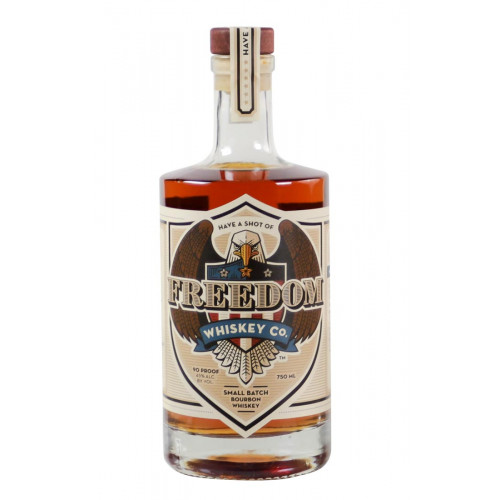 HASOF Whiskey Co. Small Batch Bourbon is crafted from a mash bill of 75% Corn, 21% Rye, and 4% Barley, and aged in new charred oak barrels to reveal a pleasantly sweet flavor profile with highlights of vanilla bean, leather, and oak. The finish echoes the palate with spice, vanilla, malt and a touch of oak. Hand bottled at 90 proof.

Opens with sweet vanilla and oak on the nose, followed by caramel, malted barley, light charcoal, leather, and rye spice.On the palate are pleasant notes of sweet malt, vanilla bean, and oak, followed by layers of leather, spicy rye, and sweet malt. The finish echoes the palate with spice, vanilla, malt and a touch of oak.