Size750mL Proof80 (40% ABV)
This tangy vodka is twice distilled using marmalade and ribbons of peel from Seville oranges, and orange peel from Valencia.
Notify me when this product is back in stock. 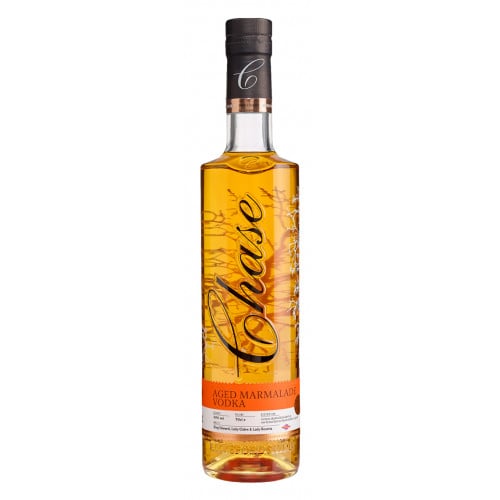 The Chase family comes from a long line of potato farmers and is now in their fifth generation. After going bankrupt in 1996, William Chase —founder of the Chase distillery— decided to take a new direction with their brand, founding Tyrell’s Crisps in 2002, “As Tyrrells grew, I was searching for the next step. In 2004 whilst traveling in the USA, looking for packaging equipment for the chips, I stumbled on a small distillery making potato vodka and thought this would be a great new chapter to life.”

On April fool’s day in 2008 they harvested their first potatoes, and on June 2008, the Chase family produced their first batch of spirits. Their very first spirit was a potato Vodka, and not long after, they began producing Gins. A large portion of Chase’s lineup is crafted with a potato Vodka base spirit. A large majority of the spirits are also crafted with and apple based spirit. The apples used in production are sourced from the family farm.

The facility houses a bespoke rectifying column. It takes 16 tons of potatoes to produces only 1000 liters of alcohol, which is a testament to the quality of Chase vodka. Their small batch process yields a great product. This is Chase Vodka with citrusy twist. Their smooth and creamy spirit, marinated with marmalade and ribbons of Seville orange peels, then distilled once more with orange peel from Valencia.

Aromas of orange and lemon sweet marmalade, and rye on the nose. The palate is smooth with fruit-laden, tangy, medium bodied notes. The finish is bittersweet with notes of orange zest.