Size750mL Proof50 (25% ABV)
Made by macerating Amazonian açai berries in Leblon's Cachaça, this liqueur is a dark, rich, fruity, and complex drink that has won several medals at the San Francisco World Spirits Competition.
Notify me when this product is back in stock. 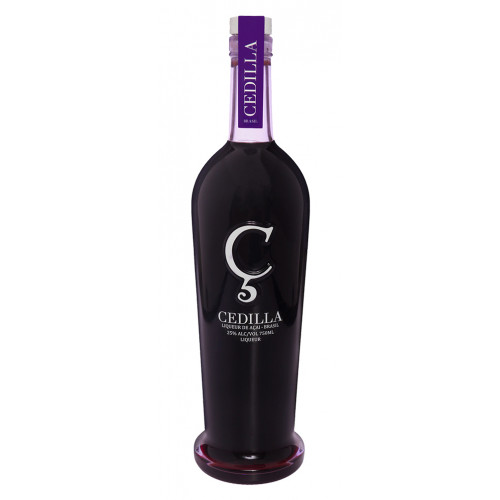 During the 17th century, the Madeira archipelago (situated just 200 miles north of the Canary Islands off the coast of Africa) was a major exporter of sugar and sugarcane to Portugal and Western Europe. As Algerian pirates began raiding European cargo ships in the late 18th century, however, and Napoleon plunged Europe into a series of wars beginning in 1803, the waters off the coast of the Madeira archipelago became too dangerous to navigate. As a result, the production of sugarcane, as well as cachaça — a spirit distilled from sugarcane — shifted from Madeira to Brazil. Since then, cachaça has become the most popular spirit in Brazil and the third most-popular spirit in the world.

Leblon Cachaça is made exclusively from sugarcane harvested in Minas Gerais region of Brazil. The sugarcane grows at an altitude of over 1,000 feet, where the lower atmospheric pressure and cooler temperatures result in canes that are incredibly sweet and flavorful. Once the sugarcane stalks have reached their peak of maturity, they are hand-harvested by expert farmers and lightly pressed in order to extract only the sweetest juices of the stalk. The extracted sugarcane juice is then fermented by Gilles Merlet, Leblon's Master Distiller. "We use a proprietary fermentation process that lasts 15 hours," says Merlet, "in order to produce a cachaça with bolder flavors." Following fermentation, the cachaça is single-distilled through a copper alambique still and then matured for up to six months in casks that were previously used to mature cognac.

The Cedilla Açai liqueur is made by infusing their Cachaça with açai berries from the Amazon. Each bottle is a maceration of over 500 berries, hand-picked from açai palm trees, with the addition of ginger root, orange zest, lime peel, and some sweet cane juice. It's a dark, rich, and intense liqueur that is sweet, tart, and spicy — a delightful and unique drink on its own that shines even brighter in various cocktails.

Dark, rich, and fruity, this liqueur has dark berry notes, spice and cinnamon, as well as chocolate undertones, which creates an incredibly enjoyable complex palate.