Size750mL Proof86 (43% ABV)
This barrel aged gin spends over 12-months in the barrel, giving it notes of honey, vanilla, and just a hint of oak.
Notify me when this product is back in stock. 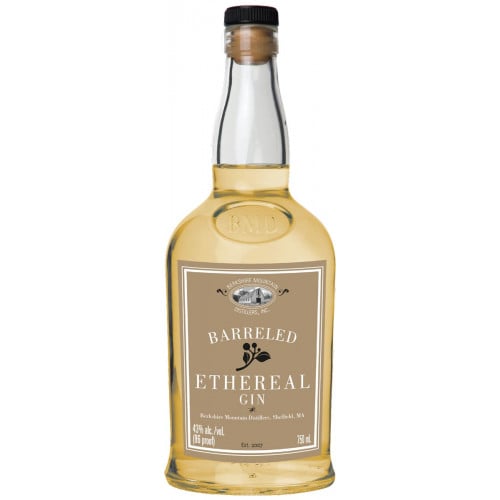 In 2007, he decided to try again. After purchasing some property in the shadow of the Berkshire Mountains in Sheffield, Massachusetts, Weld opened the doors to Berkshire Mountain Distillers. At the time, the land was little more than a dilapidated apple farm, but it did sport a legendary hot spring that was once deemed to produce the finest water in the world. Back in the 19th century, the water from the spring was thought to be so curative and therapeutic that people would travel across the country in order to drink from it. While Weld doesn't claim that the spring water — which is rich in minerals and naturally granite-filtered — has any mystical healing powers, he does swear by it.

Berkshire’s Ethereal Gin series is a limited edition collection, the variables in its recipe, and brightly colored label changing with each batch. This barrel aged Ethereal Expression No. 2 spends more than twelve months in ex-bourbon barrels. With its notes of honey and vanilla this gin has a silky smooth body and a balanced botanical mixture of brown spice, citrus, angelica, orris and juniper, with subtle hints of wood. "This gin should be imbibed any way you like, straight up, in a cocktail or a good old G an T, enjoy” (producer).

Notes of honey and vanilla drift though a silky smooth body. The botanical mix is a good balance of brown spice, citrus, angelica, orris and juniper that seems to almost play second fiddle to the subtle effects of the wood.