$24.99
Caskers Rewards members earn up to 1 store points back when buying this bottle. 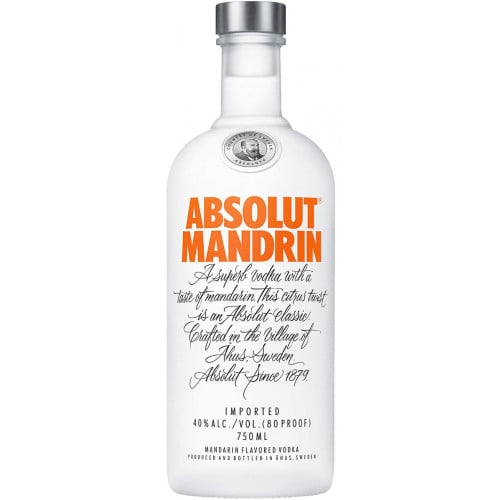 Absolut Mandarin Flavored Vodka is a great way to expand your home bar.

Absolut Mandarin Flavored Vodka doesn't have any reviews yet. Let's change that. Head out to the Review tab to leave your feedback.

On the nose, Absolut Mandarin Flavored Vodka really impresses with notes of fruity mandarin and orange character mixed with a note of orange peel. The palate is inviting and offers flavors of _summery orange peel and citrus fruits, culminating in a fresh finish with fruity notes.