This product is available in: CA, DC, MN, NH, ND Unfortunately, we can't ship to PO Boxes and APO addresses.

Size750mL Proof100 (50% ABV)
This single barrel expression has a mash bill with a high wheat percentage, making it unique among Kentucky bourbons. It is aged between 5 and 6 years in premium toasted cooper select barrels for a smooth and exceptionally well-balanced dram.

This product is available in: CA, DC, MN, NH, ND Unfortunately, we can't ship to PO Boxes and APO addresses. 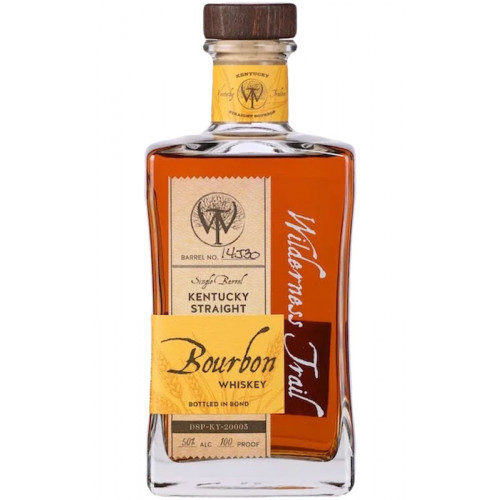 The Wilderness Trail Kentucky Straight Bourbon Whiskey Single Barrel Bottled in Bond is crafted from a mash bill of 64% corn, 24% wheat, and 12% malted barley. The wheat ratio is exceptionally high for a Kentucky bourbon, making for a unique dram. The spirit is aged between 5 and 6 years in premium toasted cooper select barrels that are moved between different floors of Wilderness Trail's rickhouses.

The nose opens with grain, salted caramel, vanilla, and a touch of spice. The oily palate is particularly well-balanced with notes of caramel, popcorn, fruit, leather, and oak. Finishes medium long with pleasant caramel, grain, fruity, and spicy notes.