Be the first to review this product
Aged for ten years and made from a high-rye mashbill, this single barrel bourbon is available exclusively through Caskers.
Add to Wish List
Notify me when this product is back in stock.

To build a great city, you start with the toughest foundation known. The greatest structures in New York City, from the gargantuan caissons of the Brooklyn Bridge to the 27,000 ton pedestal of the Statue of Liberty to the Empire State Building itself, are held fast and strong by natural cement made from limestone from quarries located in Rosendale, New York.

To make a great whiskey, you start with the finest water available. Following on the heels of the tremendously successful Widow Jane 5 , 7 and 8 Year Old Kentucky Bourbons, Widow Jane 10 Year Old Single Barrel Kentucky Bourbon uses water from the same limestone quarries in Rosendale that were mined to create New York's greatest architectural achievements. Bold and complex, the whiskey benefits from its Kentucky heritage, but it's the smooth, mineral-rich New York water that gives the whiskey its unique flavor profile.

After a thorough (and very enjoyable!) tasting, we selected Barrel #1,060 for our Members. Aged for over ten years and bottled at 91 proof, the bourbon has bold, complex aromas of spiced fruit, vanilla, cinnamon and caramel, that merge with notes of citrus, toffee and earthy mineral. Because it is a high-rye bourbon, spice is present throughout, leading to a smooth and lasting finish. Balanced and complex, this is an incredibly beautiful and complete bourbon.

Each bottle is hand-numbered and is one of the most exquisite bourbons we have ever featured — pick up a rare treasure today.

Bold, complex aromas of spiced fruit, vanilla, cinnamon and caramel merge with notes of citrus, toffee and earthy mineral. Spice from the rye is present throughout, before a smooth and lasting finish. 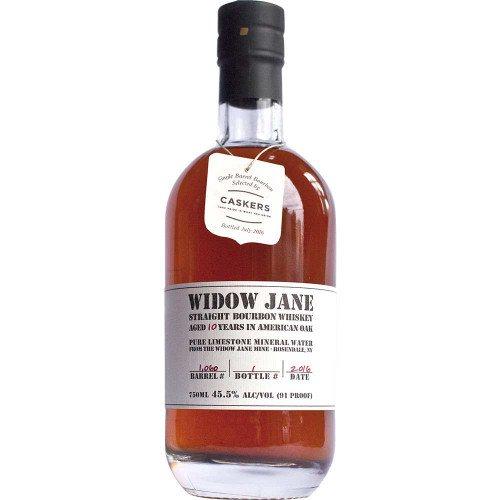