Size750mL Proof94 (47% ABV)
This unique Waterloo Antique gin is aged in medium-char, white oak barrels.
Notify me when this product is back in stock. 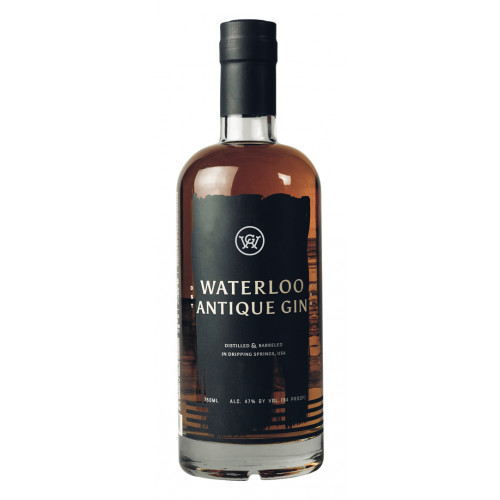 Waterloo gin pours together limestone-fed springs and local botanicals in a bouquet of Hill Country flavors. At Treaty Oak distillery they harvest botanicals unique to the Texas Hill country and arrange them in basket in the still column. This vapor infusion technique allows the essence of each ingredient to find an even brighter expression in the resulting spirit.

Building on centuries of tradition, Waterloo Antique gin is aged in medium-char, white oak barrels to create body and complexity of flavor and a robust mouth-feel unusual in gin. It has rich woody vanilla notes with the botanical backbone of a gin Already botanically hearty, Waterloo gin is aged for 18 to 24 months, allowing the interaction between wood and spirits to create richer, deeper flavors and aromas, engaging the palate in a long conversation about taste and expectations.