Size750mL Proof90 (45% ABV)
This special bourbon earned a Gold Medal at the 2019 San Francisco World Spirits Competition, and a Silver Medal at the 2019 World Whiskies Awards.
Notify me when this product is back in stock. 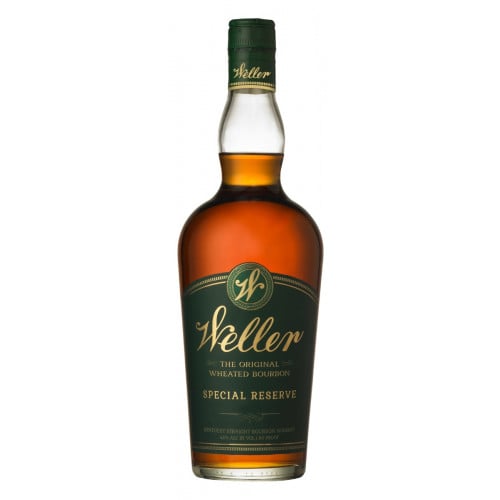 Upon his return to Kentucky following the war, ​W.L. Weller joined the family business and began working at his grandfather's distillery. Weller had a sharp palate and a keen sense for business and in 1849, he introduced the first bourbon ever that used wheat as its secondary grain instead of rye. Wheated bourbons (including Pappy Van Winkle and Larceny Bourbon, which eventually imitated W.L. Weller's mashbill) have a softer and more gentle flavor profile as compared to bourbons that use rye as their secondary grain, and have a slightly sweeter taste. Weller's bourbon was incredibly popular in antebellum America and ultimately forced him to place a green thumbprint on his invoices and barrels as a certificate of authenticity.

A sweet nose with a presence of caramel. Tasting notes of honey, butterscotch, and a soft woodiness. It's smooth, delicate and calm. Features a smooth finish with a sweet honeysuckle flair.