Size750mL Proof90 (45% ABV)
This whiskey features a classic, perfectly balanced bourbon profile. Aged 12 years, it's older than your typical wheated bourbon. It has garnered several of the most prestigious awards over the years. 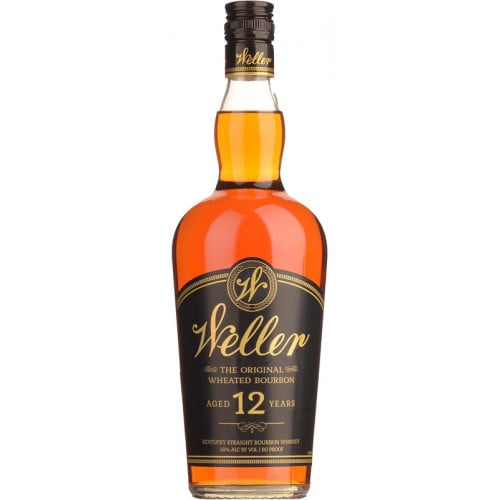 Crafted at the Buffalo Trace distillery, W.L. Weller is a wheated bourbon brand. Beloved by its numerous fans, it's made in homage to one of bourbon's original aristocrats. The 12 Year Old Kentucky Straight Bourbon continues to be crafted using Weller's wheated bourbon recipe. Aged for a minimum of 12 years, the spirit features an expertly-balanced classic bourbon profile. It has garnered several of the most prestigious awards, including a Double Gold Medal at the San Francisco World Spirits Competition.

Get your bottle of this delicious wheated bourbon today!

It's classic bourbon, perfected. Aromas of creamy vanilla, caramel, and molasses give way to a perfect balance of sweetness with caramel, vanilla, hints of spice, and oak notes on the palate. The finish is intense with caramel, fruit, oak, and a touch of nuttiness.