Learn more
Size750mL Proof92.5 (46.25% ABV) *Please note that the ABV of this bottle may vary
This limited-edition bottle features a unique tri-color design celebrating the Fourth of July, making it the perfect Independence Day companion. The liquid within is the same award-winning Smoke Wagon bourbon.
Notify me when this product is back in stock. 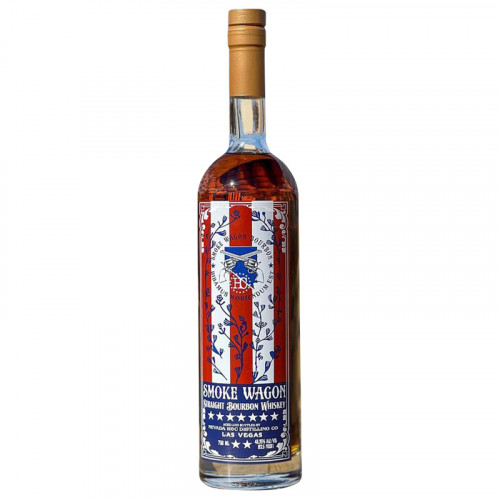 Smoke Wagon Straight Bourbon Whiskey, which was released in 2019, is their entry-level expression that showcases the signature Smoke Wagon profile with sweet notes and rye spice.

The high-rye mash bill spirit was racked on the top 2 floors of their warehouse and never rotated, letting the hot summer days work their magic on the wood and the liquid within. Bottled without chill-filtration at 92.5 proof, it has won a Double Gold Medal at the 2020 edition of the San Francisco World Spirits Competition. This limited-edition bottle features a unique tri-color design in celebration of the Fourth of July, making it the perfect companion for your celebration.

Celebrate July 4 with this bourbon!

The nose has honey, toasted nuts, as well as oak, and a touch of heat. It's creamy on the palate with a honey & caramel sweetness, as well as oak, pepper spice, and nuttiness. Finishes sweet and creamy with lingering rye spice and oak.