Size750mL Proof107 (53.5% ABV)
Crafted using the exclusive Van Winkle wheated recipe, this bourbon is drawn for the finest barrels from the heart of the Kentucky warehouse, where they have aged for 15 years. 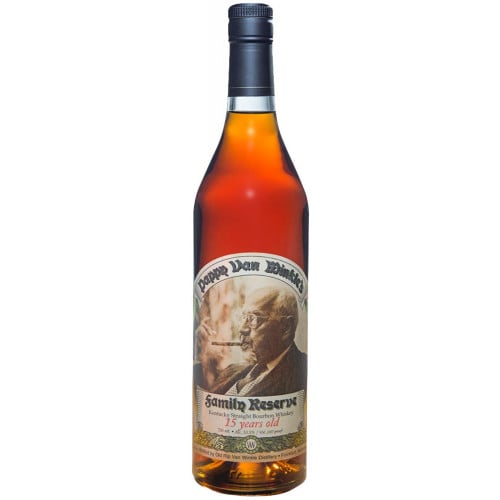 Van Winkle Bourbons pays homage to one of the whiskey industry's founding fathers. This bottling is a real treat for any wheated whiskey lover and a truly monumental American whiskey experience. Crafted with the exclusive Van Winkle family recipe, it's drawn from the finest barrels in the heart of the Kentucky warehouse, where they have spent 15 years. Rich, decadent, and full-bodied, it features an intense profile with caramel, toffee, spice, and wood notes.

The hazy, copper-colored bourbon has a rich nose of honey, fruit, and cinnamon. There's caramel, toffee, and peppery spice on the full-bodied palate that leads into an extra-long finish with complex spice and wood tones.