Be the first to review this product
This New York exclusive bottling is twice distilled through Kilchoman's copper-pot stills, and bottled at cask strength.
Add to Wish List
Notify me when this product is back in stock.

Situated along a rugged farm on the western coast of Islay, Kilochman Distillery was founded in 2005 and is the first new distillery on Islay in over 125 years. “When we first started work on Kilchoman in 2003,” says Anthony Wills, the distillery's founder, “the ambition was to build a distillery that was true to the traditions of distilling on Islay — small farm distillers where every part of the whisky making process was done on site and I think we have managed to do just that.

In order to subsidize some of their business early on, Kilchoman sold entire casks to retailers or importers. Luckily they still continue this program. These casks are all unique and are typically released at cask strength. These Kilchoman single barrel releases are highly acclaimed by connoisseurs. Bottled at cask strength this Bourbon, barrel #317, is bottled exclusively for New York retailers.

On the nose are notes of vanilla, lemons, smoky peat, rich spices, and ash. The palate is peppery, with hints of salt, toasted oak, and dark chocolate. The finish is smoky, with flavors of dark chocolate, butterscotch, slightly floral notes. 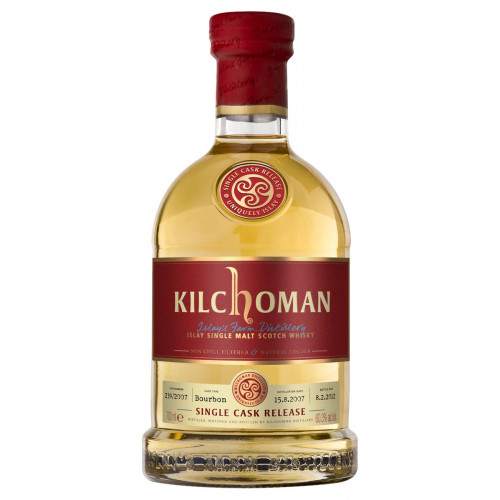