Size50 mL Proof80 (40% ABV)
Jose Cuervo Especial Silver is a crisp and smooth unaged tequila, carefully crafted by the master distillers at La Rojeña. This expression is double distilled from blue agave growing in the rich, volcanic soil of the family estate. Perfect tequila for chilled shots and summer Margaritas. 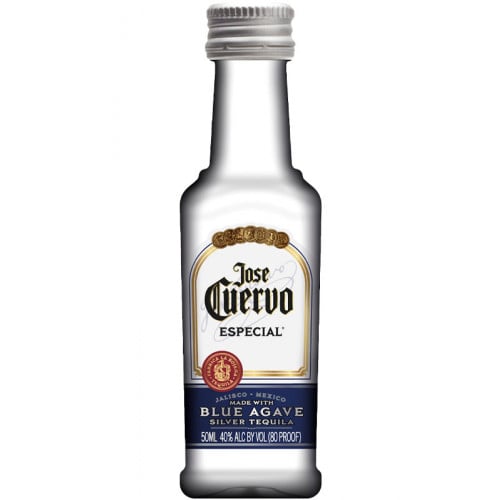 Jose Cuervo Especial Silver is a smooth and balanced unaged tequila, carefully crafted by the master distillers at La Rojeña. This expression is double distilled from blue agave growing in the rich, volcanic soil of the family estate. Bottled at 40% ABV, Especial Silver fares well in shots as well as Margaritas.

This crisp tequila starts with a slightly peppery nose with aromas of cooked agave. On the palate, subtle cooked agave is accompanied by spicy and peppery notes. The finish is smooth and slightly sweet.