Size750mL Proof86 (43% ABV)
In 1934, Johnnie Walker was awarded the Royal Warrant by King George V. This luxurious expression celebrates the monumental event with a very special blend that contains some of the finest whiskies from distilleries that were operational during that time. 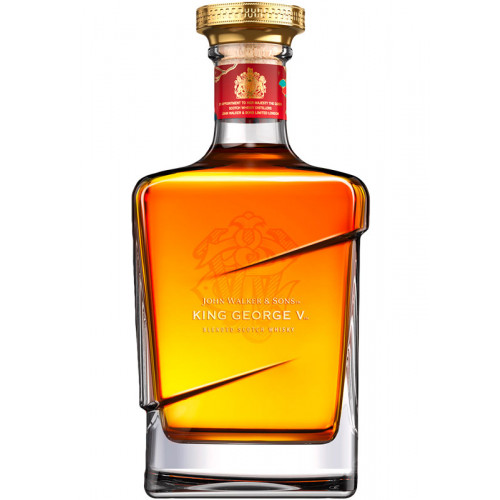 This expression pays tribute to the Royal Warrant awarded by King George V in 1934, making Johnnie Walker an official supplier of whisky to the royal household. The whiskies that go into the blend come from distilleries that were operational during the king's reign and include Port Ellen, Cardhu, and Lochnagar. The luxuriously rich whisky is bottled at 86 proof.

Grab a bottle of this exquisite whisky today!

This luxuriously rich whisky has a complex profile with hints of toasted nuts, dark chocolate, vanilla, sweetness, and smokiness on one side balanced by honey, caramel, spice, citrus, orange zest, and floral rose petal notes on the other.