Be the first to review this product
Aged for up to 18 years, this rye was bottled exclusively for Caskers members.
Add to Wish List
Notify me when this product is back in stock.

Situated at the bottom of the Quitting Time Ski Run in Park City, High West Distillery & Saloon is the first distillery in Utah since Prohibition and the only ski-in gastro-distillery in the world. "We wanted to call High West a "˜saloon", says David Perkins, High West's founder, "because we wanted to pay homage to the history of saloons in the old West and the important role they played in each and every town that had one. The saloon was the main meeting place where town hall was held, important announcements were made, and people went to eat and drink. We want people to share that sense of community and friendship over High West."

As a result, High West Double Rye has an aroma of oak spices, dark chocolate, cinnamon, pine nuts and toasted marshmallow that gives way to notes of mellow caramel, vanilla beans and toasted rye on the palate. The finish is spicy and long, with touches of cloves, woody spices and peppercorn that linger.

This cask of High West Double Rye was finished in a Campfire barrel and then bottled exclusively for you, the "fine, superbly intelligent and way cool Caskers member." Pick up a bottle today!

Aroma of oak spices, dark chocolate, cinnamon, pine nuts and toasted marshmallow. Notes of mellow caramel, vanilla beans and toasted rye on the palate. Finish is spicy and long, with touches of cloves, woody spices and peppercorn that linger. 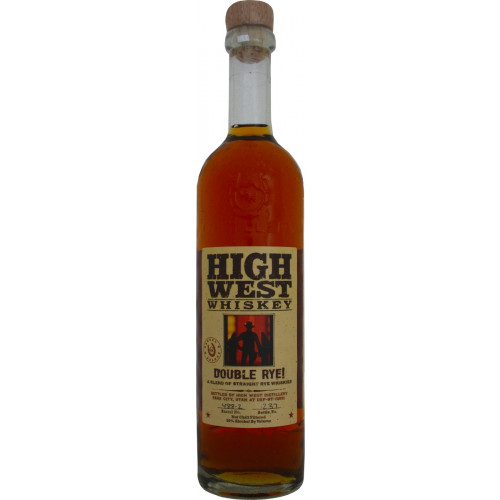