Made in honor of the King of the Bootleggers, George Remus offers a barrel select program where you can find some delicious single-barrel whiskey. This barrel (no. 123) was picked out exclusively for Caskers. It's an MGP straight bourbon that was crafted with a mash bill of 75% corn, 21% rye, and 4 % malted barley. The whiskey was bottled at 115.6 proof and features sweet fruity, caramel, and vanilla notes with oak and baking spice on the finish.

The nose has invitingly sweet aromas of fruit, caramel, and vanilla. On the palate, you'll find a pleasant sweetness that is balanced by a touch of tartness. The finish has lingering toasted oak and baking spice notes. 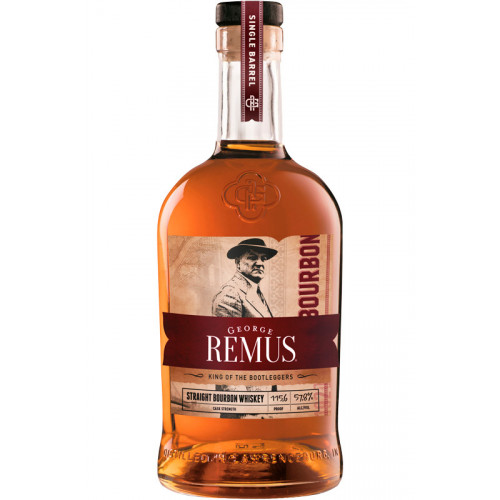