Be the first to review this product
A collaboration between Garrison Brothers and Caskers, the exceptionally well-balanced Single Barrel expression comes in a numbered and strictly limited bottle with a custom label.
Add to Wish List
Notify me when this product is back in stock.

The Single Barrel Bourbon was introduced in 2013 as a way to celebrate Texas distilleries finally being able to sell their whiskeys to guests. Crafted with a mash bill of 74% Texan corn, 15% wheat, and 11% Canadian malted barley, it was originally available on-site only, each barrel yielding from 60-80 bottles. Now it is available at Caskers in strictly limited quantity, hand-dipped in silver wax, adorned with a pewter Texas Star, and with an exclusive label that says: "SINGLE BARREL Hand-selected by Master Distiller Donnis Todd and CASKERS." This 4-year-old is exceptionally well balanced and universally loved.

Grab one of these strictly limited and hand-numbered bottles today!

Butterscotch, oak, vanilla, and nutmeg are particularly well balanced and pleasing on the nose. Some floral and fruity notes are present as well. The sweetness is prominent on the palate with honey and caramel joined by apple, vanilla, oak, and gentle spice notes. Finishes satisfyingly long, with flavors lingering. 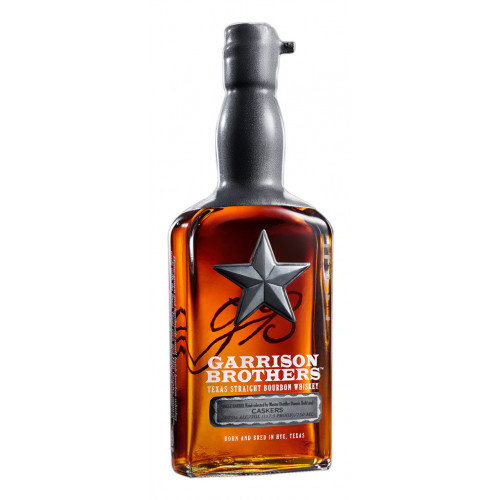