Be the first to review this product
Aged for eight years and two months, this cask of bourbon was bottled exclusively for Caskers members.
Add to Wish List
Notify me when this product is back in stock.

On the banks of the Salt River, nestled in the quiet Kentucky countryside near Lawrenceburg, Four Roses Distillery is a testament to American ingenuity and perseverance.  Built in 1910 to resemble the architecture of California wineries, the distillery — now listed on the National Register of Historic Places — was one of six distilleries that was granted permission to operate during Prohibition.

Four Roses Caskers Exclusive Single Barrel Kentucky Straight Bourbon Whiskey is made from a mash of 60% corn, 35% rye and 5% malted barley.  While straight bourbon must be aged for a minimum of two years, this barrel of Four Roses Bourbon was aged for 8 years and 2 months in a newly charred, American white oak cask (Barrel E02BNB). In addition, while most distilleries age bourbon in warehouses that are many stories high, Four Roses ages its bourbon in a one-story warehouse to ensure that each barrel is aged in a similar environment.

As a result of its mashbill and age, the bourbon has an aroma of raisins, coconut husks and fresh leather. The aroma gives way to notes of citrus (particularly orange and grapefruit), caramel, honey dew, dried cherries and apples that are complemented by a subtle undertone of ginger. The finish is slightly sweet, but balanced by notes of chili peppers and cloves.

This cask of Four Roses Kentucky Straight Bourbon Whiskey was bottled exclusively for Caskers members. Pick up a bottle today! 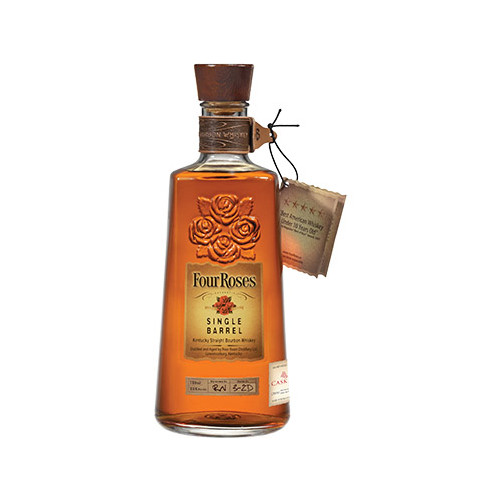