Size750mL Proof80 (40% ABV)
Crafted in the Highlands region of Mexico, this tequila earned a score of 94 points from the Beverage Testing Institute. 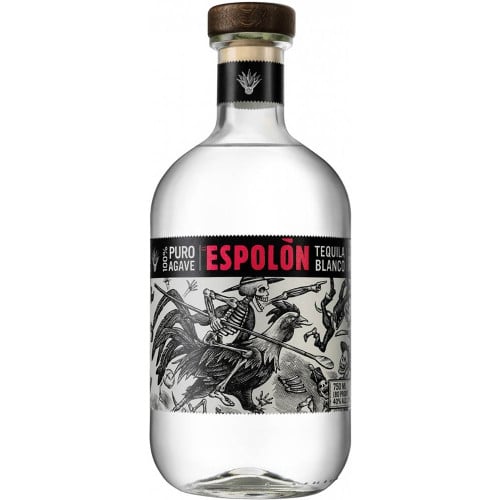 Made exclusively from blue agave harvested from the Highlands region of Mexico, Espolòn Tequila Blanco is crafted at the San Nicolas Distillery by Master Distiller Cirilo Oropeza. The distillery is located among the agave plantations of Jalisco's rolling hillsides, and has been the site of tequila production for over two centuries.

As a result, Espolòn Tequila Blanco has a sweet agave aroma, with hints of flowers, tropical fruits, lemon zest and white pepper. The mouthfeel is soft yet slightly oily, with bright notes of agave, vanilla beans, grilled pineapples and spice.