Size750mL Proof80 (40% ABV)
This whisky earned 94 points at the Ultimate Spirits Challenge, and is said to have, “the most complex nose of any malt whisky.”
Notify me when this product is back in stock. 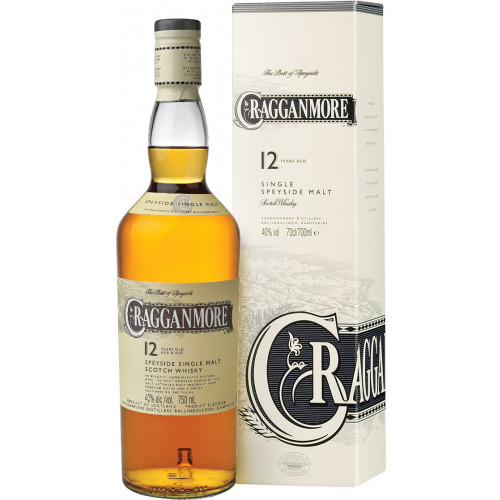 After the whisky has been distilled, Cragganmore 12 Year Old Single Malt Scotch Whisky is aged for twelve years in second-fill bourbon casks. The distillery uses second-fill casks to subdue the woodiness that is often imparted by lengthy aging in virgin or first-fill ex-bourbon casks. As a result, the whisky has a straw gold color and beautiful floral aroma, with added notes of sage, rosemary, honey and peanut butter brittle. The palate is filled with hazelnuts, dark chocolate and lavender, and leads to a subtle finish that is marked by oak, almonds, light smoke and vanilla.

Cragganmore 12 Year Old Single Malt Scotch Whisky earned 94 points at the Ultimate Spirits Challenge, and is said to have, “the most complex nose of any malt whisky,” according to the esteemed whisky writer Michael Jackson.

Straw gold color and beautiful floral aroma, with added notes of sage, rosemary, honey and peanut butter brittle. The palate is filled with hazelnuts, dark chocolate and lavender, and leads to a subtle finish that is marked by oak, almonds, light smoke and vanilla.