This product is available in: CT, DC, NJ, NY, WA Unfortunately, we can't ship to PO Boxes and APO addresses.

Size750mL Proof89.2 (44.6% ABV)
"Vellichor" is a neologism that is used for the nostalgic scent of second-hand bookstores. This expression aims for that very same nostalgia with a blend of several mature whiskies: 2 sherried Speysiders more than 20 years of age, Highland Park, The Macallan, and Caol Ila.

This product is available in: CT, DC, NJ, NY, WA Unfortunately, we can't ship to PO Boxes and APO addresses. 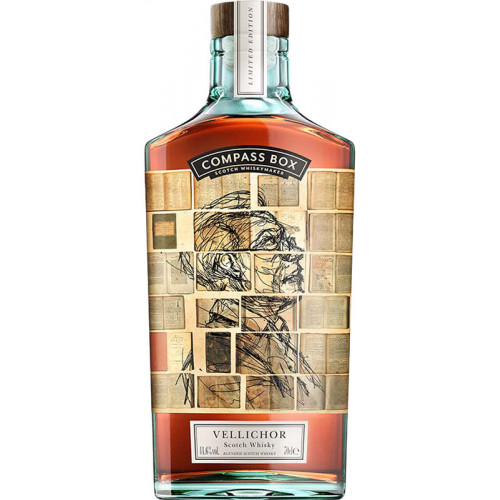 Vellichor is a part of their Limited Edition lineup of whiskies based on rare and hard-to-find whiskies. It's here that you'll find some of their most creative expressions. "Vellichor" is a neologism that is used for the nostalgic scent of second-hand bookstores. Crafted by Lead Whisky maker James Saxon, the blend is built around two parcels of Speyside Scotch that were partly matured in sherry casks and more than 20 years of age. The rest of the components come from Highland Park, The Macallan, and Caol Ila. The whisky is bottled at 89.2 proof without chill-filtration and added color. The release is limited to 3,246 bottles.

Leather, old furniture, and old book aromas greet the nose. The palate is malty with plenty of tropical fruit notes and a sherried character. There's delicate peat throughout that lingers on the finish.