Size750mL Proof30 (15% ABV)
A cream liqueur that is based on Buffalo Trace Kentucky Straight Bourbon. It has won countless awards and is a treat on its own, livens up a cup of coffee, and makes a delicious adult root beer float. 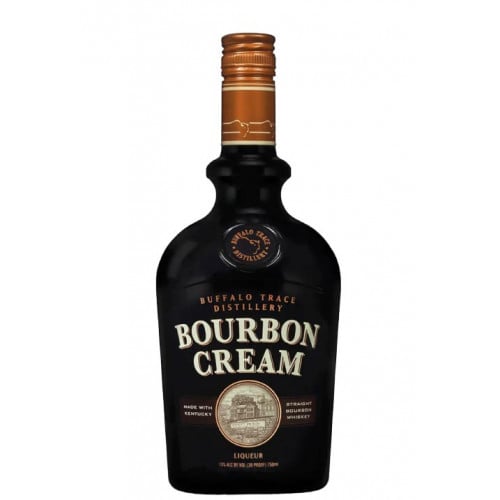 Bourbon Cream is a liqueur based on their Kentucky Straight Bourbon. The handcrafted, small-batch drink is an exquisite clash of two worlds ― that of smooth bourbon and rich cream. It has won a plethora of awards, some of the more recent ones including a Silver Medal at the 2019 New York World Spirits Competition as well as a Bronze Medal at the 2020 edition of San Francisco World Spirits Competition. Try it on its own, with some coffee, or with a generous splash or two of root beer for a delicious adult version of a root beer float.

It's rich, creamy, and sweet. The smooth bourbon is present, vanilla abounds with notes of chocolate and caramel underneath. There is just a hint of spice, cinnamon, and a pleasant warmth. The finish is extra creamy with a nutty aftertaste.