Size750mL Proof114 (57% ABV)
Matured for five years, this whisky is peated to 167 phenol parts per million, making it one of the peatiest whiskies in the world.
Notify me when this product is back in stock. 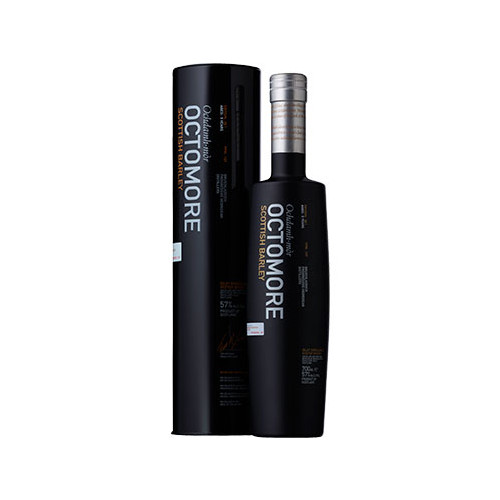 Inspired by an entrepreneurial flair and a youthful enthusiasm, the Harvey brothers began construction of the Bruichladdich (pronounced brook-laddie or broo-lah-dee) Distillery in 1881. The brothers were descendants of a dynastic whisky family — their ancestors had already owned distilleries in Scotland for over a century. Today, Bruichladdich Distillery (Bruichladdich means "rocky shore"in ancient Gaelic) remains situated on the shores of Loch Indaal on the island of Islay, and continues to use much of the original equipment installed by the Harvey brothers.

Once the whisky has been distilled, it is matured for five years before being bottled at 114 proof without the use of chill filtration or artificial coloring. The whisky has a bold aroma of sea salt, black pepper, heather, lemon balm and eucalyptus. Notes of oily peat, iodine, vanilla and walnuts dominate the palate, and give way to a finish accented by orchard fruits and caramel.