Size750mL Proof80 (40% ABV)
Crafted for the Japanese market, this Blanton's expression is made with Buffalo Trace high-rye mash #2. Aged 8 years in new charred American oak, it's bottled at 80 proof. 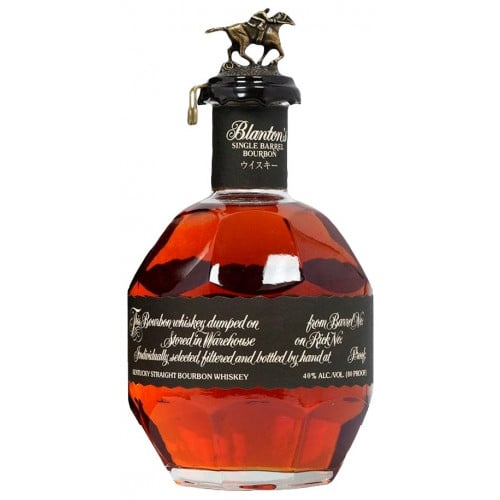 Today, Blanton's Original Single Barrel Bourbon Whiskey is still aged in the same section of Warehouse H as Blanton's Private Reserve was over 50 years ago. Made from the high-rye Buffalo Trace mash bill of corn, rye, and malted barley, the Black Label Bourbon expression is made exclusively for the Japanese market. It has spent 8 years in new charred American oak before being bottled at 80 proof.

Grab one of these unique and rare bottles today!

There's caramel, vanilla, apple, cherry, dark sugar, and plenty of oak making itself known on the nose. Vanilla and fruit are on the palate with oaky undertones and a pleasant sweetness throughout. The medium finish is smooth and well-rounded with lingering vanilla.